Southern Partners Fund is the only regional foundation funding in all 12 southeastern states. Our grantees represent a varied set of issues, many of which stem from the South’s history of blatant racism and discrimination. 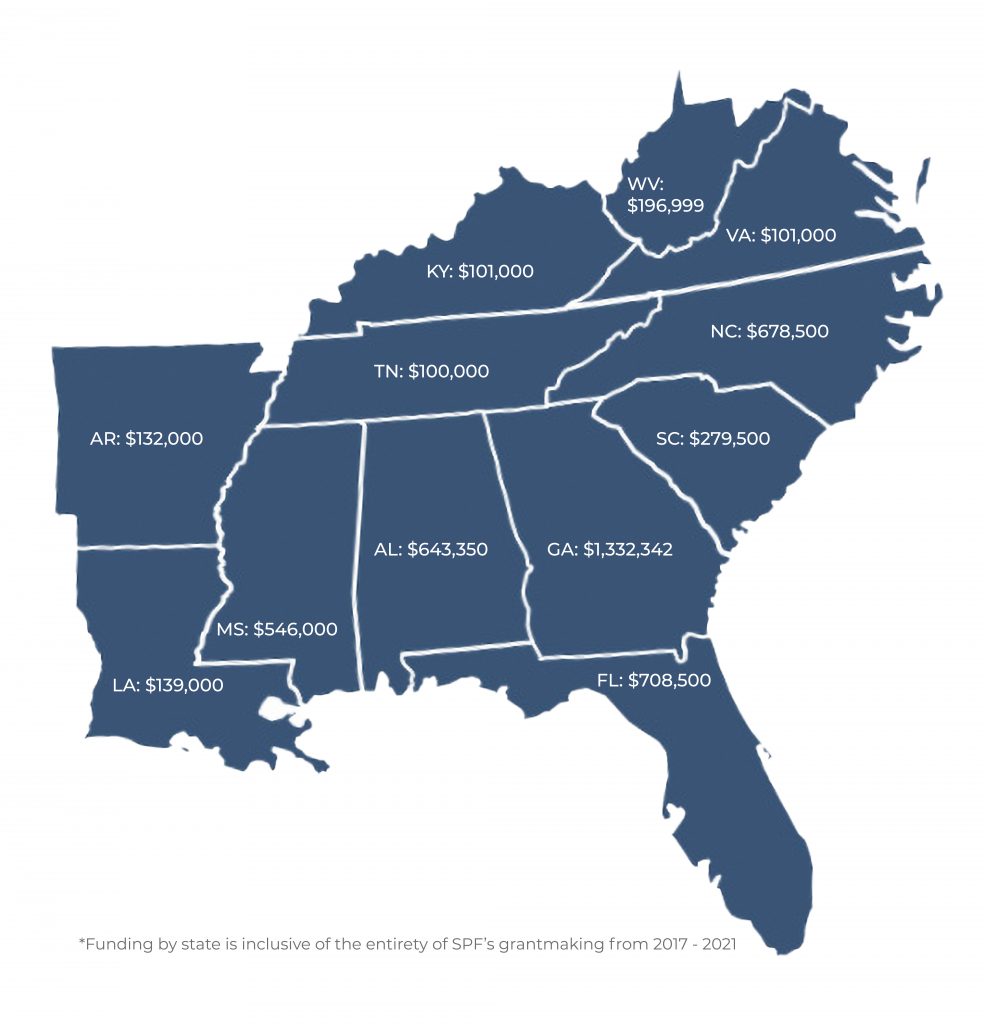 Historic birthplace to America’s deepest racism, the South remains home to the majority of  African Americans and a destination for immigrants, migrants, and refugees from around the world. Given this context, it’s no surprise that the South bears the country’s highest poverty rates, while income polarization is sharp.

It is SPF’s belief that the fight against racism cannot be won without defeating racism in the South. 44 percent of the U.S. African American population lives in the South, underscoring the importance of the decennial census in securing fair political representation that reflects the region’s diversity.

The South today is a study in economic and political contrasts. Overall, the region remains the poorest in the country with nine of the twelve poorest states, while Virginia and Maryland rank in the top five wealthiest.

In 2012, the South had a rural poverty rate of 22 percent—nearly 7% higher than in the region’s metro areas, and a greater disparity than in any other region. The difference in poverty rates in the South is particularly important for the overall rural poverty rate because an estimated 43 percent of the nation’s rural population lived in this region in 2012.